Old Trafford became the location of the first-ever cancellation of a match in English football because of a bomb scare this week. Fans arriving from as far away as India were asked to vacate the premises just minutes before AFC Bournemouth were due to make their debut league fixture at the grounds.

A fake bomb in a training exercise was left taped to a gas pipe in one of the toilets, with a mobile phone attached and protruding wires and buttons.

An ‘Operation Code Red’ was called and the stadium was evacuated – leaving an estimated cost to Manchester United of a £3m bill to refund purchased tickets. Not only is there a refund of tickets to factor in but the prospect of playing the match on Tuesday evening when the team should be resting in preparation for their FA Cup final on Saturday at Wembley.

Greater Manchester Mayor and Police and Crime Commissioner Tony Lloyd called for a full inquiry into the “fiasco”. Lloyd called the situation “unacceptable” and added that “this fiasco” had:

“Caused massive inconvenience to supporters who had come from far and wide to watch the match”;

“Wasted the time of huge numbers of police officers and the army’s bomb squad”;

“And unnecessarily put people in danger.”

If ever anyone was in doubt about the importance of suitable storage, here is just such an example of how storing your items in the right location makes perfect sense.

Undoubtedly a better place to store their ‘training devices’ would be at Ashton Self Store.

Quick Quote
Latest from the blog
Twitter
© 2016 ASHTON SELF STORE. All rights reserved. Site by Black Ginger
Frequently Asked Questions – Which Size Unit Do I Need?Ashton Self Store Blog 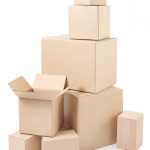 5 Ways We Can Help You MoveAshton Self Store Blog